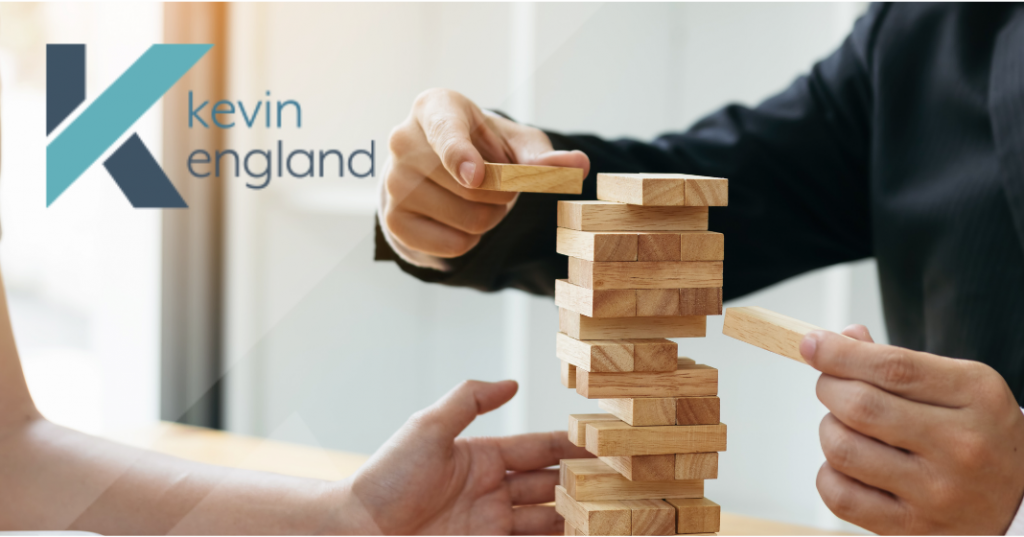 Growing your business is a daunting but rewarding challenge. We live in an age of unprecedented growth and disruption. When looking at the Fortune 500 list of companies today, you will find only 60 names that appeared on the first list back in 1955. In that time, the average tenure for companies on the S&P 500 fell dramatically. In 1965, corporations stayed on that list for an average of 33 years. In 2012, the average tenure shrank to 18 years.

Very few of the companies that once stood at the top of their industry withered from internal weaknesses. Instead, they kept doing what they did best and focused on what that meant for their brand. This approach sounds like good practice, but in the meantime, the market around them completely changed. One day, they looked up and they had stopped growing. Many had dwindled significantly.

The difference between those companies and the companies you still see on the Fortune 500 list 61 years later is nearly all in the latter category barely resemble the company they were back then. They have changed dramatically, and they didn’t even have to do it all at once. Instead, they fostered innovation, talent and what we now call “disruptions” readily, and then they gradually incorporated these “edge” activities into the center of their business.

We see this process happening at light speed within relatively young companies like Amazon, Netflix, Google, and Facebook. While these are all great examples I will soon touch on, let’s first look at a tale of two different companies that illustrate this point beautifully to show you how to grow your business.

Two Companies: One Grown by Force and One by Choice

If you are like me and grew up well before the age when even dial-up internet was common, you will recognize two huge brand names that are almost synonymous with the word “industry”: Kodak and Xerox. Both stayed at the cutting edge for years, but Kodak was unprepared for the brutal market forces that came with the rise of digital photography. Xerox, on the other hand, remains a common — albeit often hidden — name in the business world, and they also frequently appear on the Fortune 500 list.

The most stark differences arise when you do a little digging. I’ll quote Wikipedia here since it’s a telling example of how these two companies are seen by the public and the employees tasked with maintaining their public image [emphasis mine]:

Both companies have completely rewritten what they once did compared to their past business model, but unlike Xerox, Kodak was forced to sell off a majority of their analog film technology, intellectual property and patents in order to stay afloat. When digital cameras came around in the late 90s, the company thought they could simply transition without realizing the consequences to their business model. Kodak is now once again a successful business, but only after bankruptcy and profound restructuring.

Xerox, on the other hand, spread beyond photocopying technology consistently throughout their 70 year existence. By the 1980s, they had lost their market share of photocopiers but had become a 20% competitor in the market for electric typewriters. As digital photocopying technology emerged in the 90s, Xerox was poised to capture a huge portion of market share once more. Through the past seven decades, they have also acquired a financial services wing, professional digital printing technology, a managed services & outsourcing operation and more.

While both companies are now profitable, recognizable, maintain brand prestige and find themselves on sure financial footing, Xerox’s deliberate changes stand in stark contrast to Kodak’s painful, forced restructuring.

Bringing the Edge to the Center With Growing Your Own Business

Obtaining consistent business growth means seeing beyond the horizon and preparing in advance. Develop innovation and cultivate talent within your ranks. Do not be afraid to explore market options for affordable vertical or horizontal acquisitions. These actions may seem risky, but in the end, they afford opportunities well beyond what you are currently capable of.

Think about how Netflix spent billions on video compression technology and server hosting even as their mail-rental DVD business stayed successful. Now, they spend billions on original content, and they started producing it several years before other streaming services became serious threats.

Similarly, look at how amazon Web Hosting Services, Amazon Echo, Twitch and Amazon Maritime Services, Inc. shipping lines have become lucrative side businesses all to their own. Look at how Google is working on self-driving cars, VR technology, and neural networks all while simultaneously running the world’s most popular search engine, browser and free email service.

I could drone on and on for days (look at Amazon’s drones!), but the gist is that every single one of these companies was prepared to weather the inevitable disruption storm by doing something different. By looking within your company’s existing operations and tapping into opportunities for growing your business, you can emulate their success.

Within my own company, Vonazon, we are currently trying to grow our social media marketing portfolio in order to become a market leader for an in-demand service where differentiated providers are few. In my career, I also went from a software programmer to a marketing agency head to providing enterprise-level marketing automation solutions to huge brand names.

Yet, my journey still continues, and so does yours.

Look to the edge of your life — the things you feel passionate towards or that offer exciting promise — and make those your pet projects to nurture until they blossom, all while keeping a focus on your current business growth. Do that, and your roots will spread deep so that your company can continue to grow no matter what. If you need any advice or guidance on how to get started, feel free to contact me.

Market forces, bring it on!